The fifth stop on the 404 Tour was held January 4th and 5th at BigWigs Billiards in Newmarket, Ontario. 44 of Ontario’s top players made up the field to compete for the title.
Erik Hjorleifson went through his bracket with wins over Shane Gummerson (11 – 6), Chad Bishop (11 – 0) and Jyri Kari (11 – 4) to be one of 4 undefeated players when play stopped on Saturday evening. The others undefeated players were Mike Leigh, John Morra, and James Wicketts.


Eight players returned for the money rounds on Sunday. Jeremy Isard shutout Shane Gummerson (7 – 0) and Rod Arsenault defeated Ian Argue (7 – 2) on the B side. Mike Leigh won a close match over Erik Hjorleifson (7 – 10) in the first A side match and James Wicketts surprised John Morra (6 – 8) to set up the A-side finals. In the match for the hot seat, Mike Leigh looked impressive as took the win over James Wicketts (7 – 1).

With both Erik Hjorleifson and John Morra on the B-side, these two players would eventually collide. With a strong win over Erik Hjorleifson (9 – 1), John Morra set up a rematch against James Wicketts. John would not be caught off guard this time. A 7-1 win over James put him in the finals against Mike Leigh. Sorry about the news Mike…John Morra is the champion. Again.
Congratulations to John Morra as he overcame the difficult handicap format outscoring his opponents 85-23 overall. John won nearly 80% of his total games played.
This is how they finished: 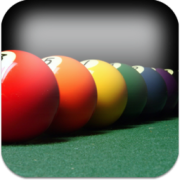 US Open One Pocket Championship Moves to Reno

A New Champion Emerges on the 404 9-Ball Tour