Manila, Philippines – The Kings Cup is hours away to launch. Both Asia and Team West have been practicing and ready. In a media conference yesterday, all 8 players of the Kings Cup were interviewed. Captain Mika Immonen, one of the most experienced players alive in team play competition representing Europe numerous times, was asked if this was the toughest team he had ever faced. Mika without hesitation admitted this was indeed the greatest challenge in team competition. Captain Efren Reyes was asked the same question back, and his response was concurring with Immonen’s.
“This is the most concentrated team of talent I have ever faced. It’s going to be a real battle”, said Immonen.
“Every one of their players is a champion. This is going to be very hard on us”, said Reyes of his Western counterparts.

“This is going to be good for Shane and Albin. Shane might actually be on the winning side for once”, said Appleton referring to the 5 years consecutive team losses USA has had to Europe.
A great article written by renowned Filipino sports journalist Bob Guerrero wrote that this could be the final time the “God Brothers” of pool Bustamante and Reyes would be paired up. Read more on that story here: http://www.rappler.com/sports/by-sport/other-sports/113174-kings-cup-efren-reyes-francisco-bustamante
ABS-CBN Sports, one of the premiere TV networks in Asia, will be airing the inaugural Kings Cup November 20th-22nd, 2015. This will be the 7th consecutive year in a row Dragon Promotions & ABS-CBN have been cooperated.
The TV airing schedule:
Nov. 20, Friday at 10:30 pm – 2:30 am – replay on Nov. 23, Monday at 2:00 pm – 6:00 pm
Nov. 21, Saturday at 10:30 pm – 2:30 am – replay on Nov. 24, Tuesday at 2:00 pm – 6:00 pm
Nov. 22, Sunday at 10:30 pm – 2:30 am – replay on Nov. 26, Thursday at 2:00 pm – 6:00 pm
The Live Stream schedule:
Nov. 19th-21st from 6:00pm-10:00pm Manila Time & 5:00am-9:00am USA EST.
Match Line-Ups:
4 on 4 – All members of team will be required to play.
Doubles – Van Boening/Immonen vs Ko/Ko
Doubles – Appleton/Ouschan vs Efren/Django
Singles – D. Appleton vs Ko Pin Yi
Singles – Bustamante vs Van Boening
3-3 – Ouschan/Immonen/Van Boening vs Reyes/Ko/Ko
“If Asia wins it won’t be a surprise to anyone. And if West wins it won’t be a surprise. It’s really about your preference. This could very well go down to the final match!”, said Charlie Williams, Executive Producer of the Kings Cup.
Never before have two teams been so stacked with skill and talent. The inaugural Resorts World Kings Cup will mark the first time Europe and USA join forces to face again the greatest players of the Asia with Philippines and Taiwan also joining forces for the very first time in history! European and American champions will go against Asia’s champions on November 19th at Resorts World Manila in the inaugural Kings Cup! In what surely will become the most epic rivalry in cue sports, the pool world is about to get rocked in a war that fans have been dreaming about for years. Dragon Promotions is pleased to produce the Kings Cup, a three day contest to declare which side of the world boasts the strongest players, the East or the West. On November 19th-21st 2015, the world, as well as the players themselves, will find out! Four players on each side have been selected to represent their continent. The Kings Cup will be hosted by the award winning casino Resorts World Manila , produced by Dragon Promotions and aired on ABS-CBN Sports Channels for 12 hours of coverage and replays. The event will be played on the beautifully designed Rasson Table using Andy Cloth, Viking Cue, Cyclop Balls while the players will wear prestigious clothing made by FA Clothing Company. Puyat Sports, Pool & Billiard Magazine, and Billiards Digest are also co-sponsors.
Pay Per View earlybird discounted special is now available on www.KingsCupPool.com for $24.95 for all 3 days, or $10 per day. Fans can watch live or the delayed telecast upto 24 hours after the event at their convenience. 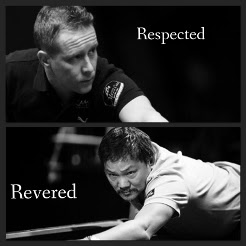 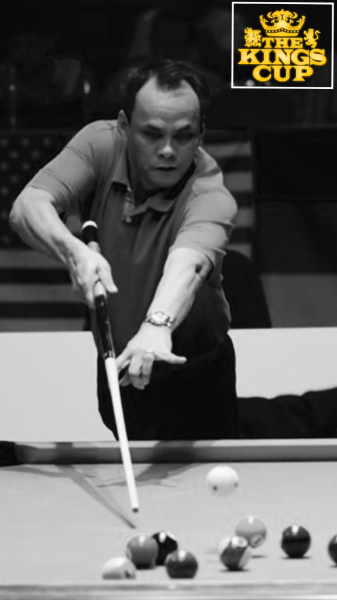 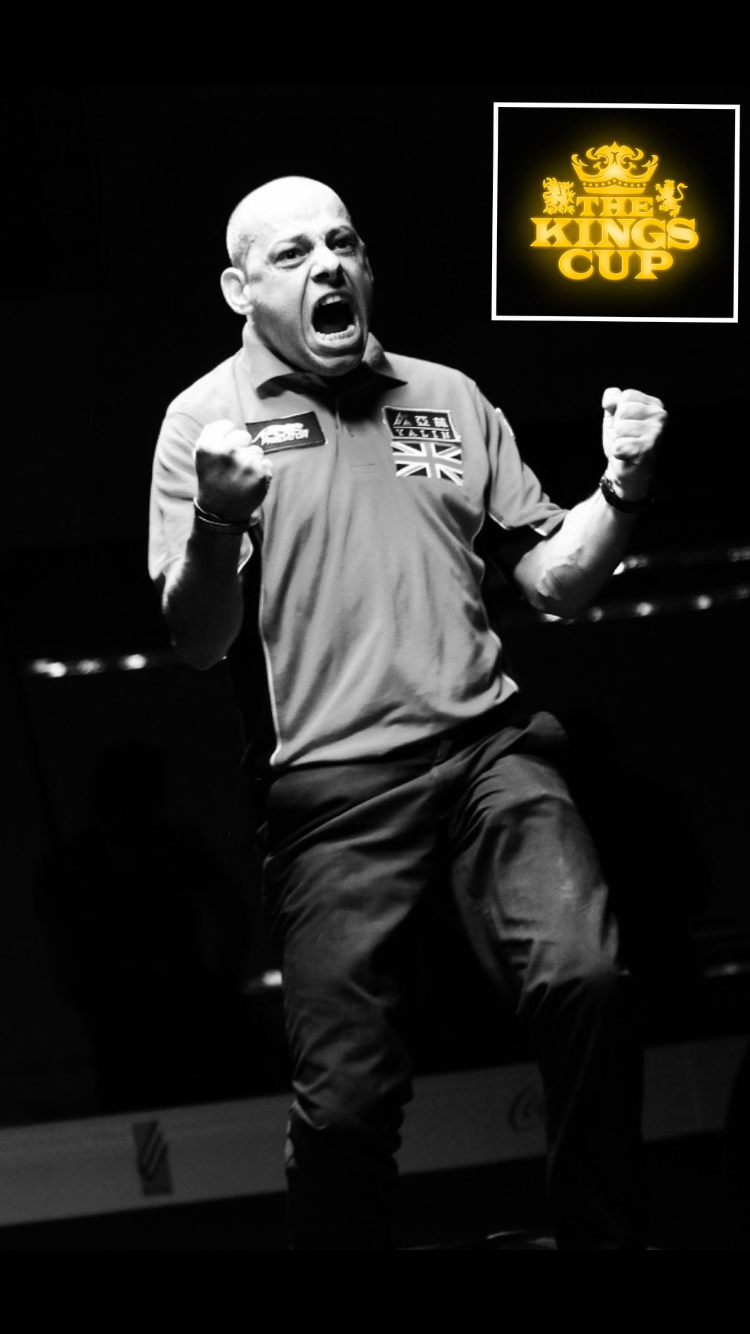 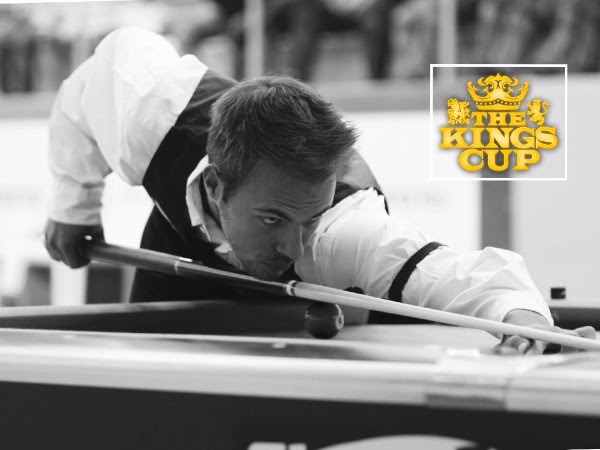 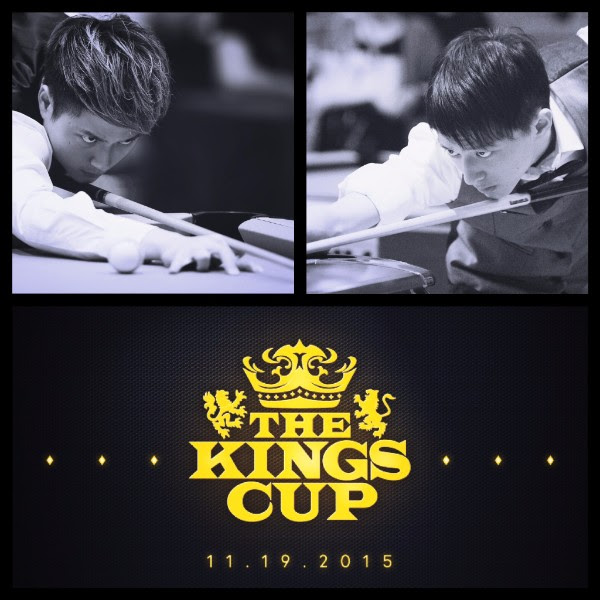 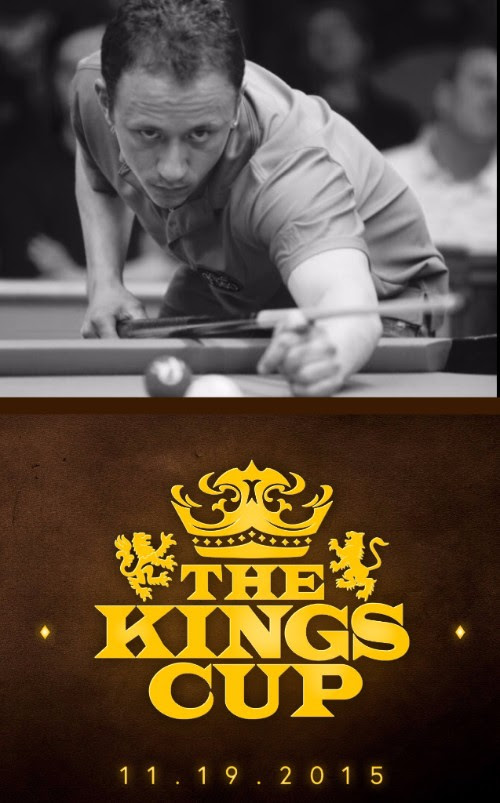 All 8 champions have either been ranked #1 in the World, won a World Championship, or combination of both. No team event has ever had a field so deep in talent. 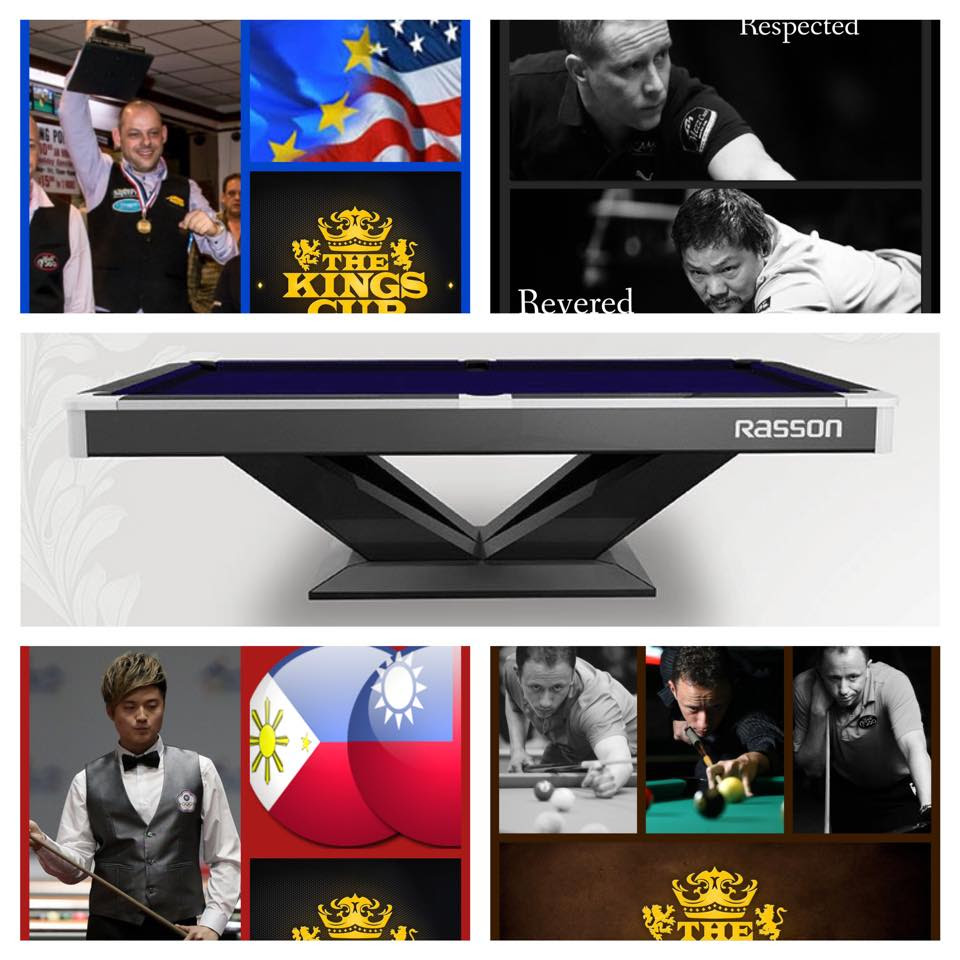 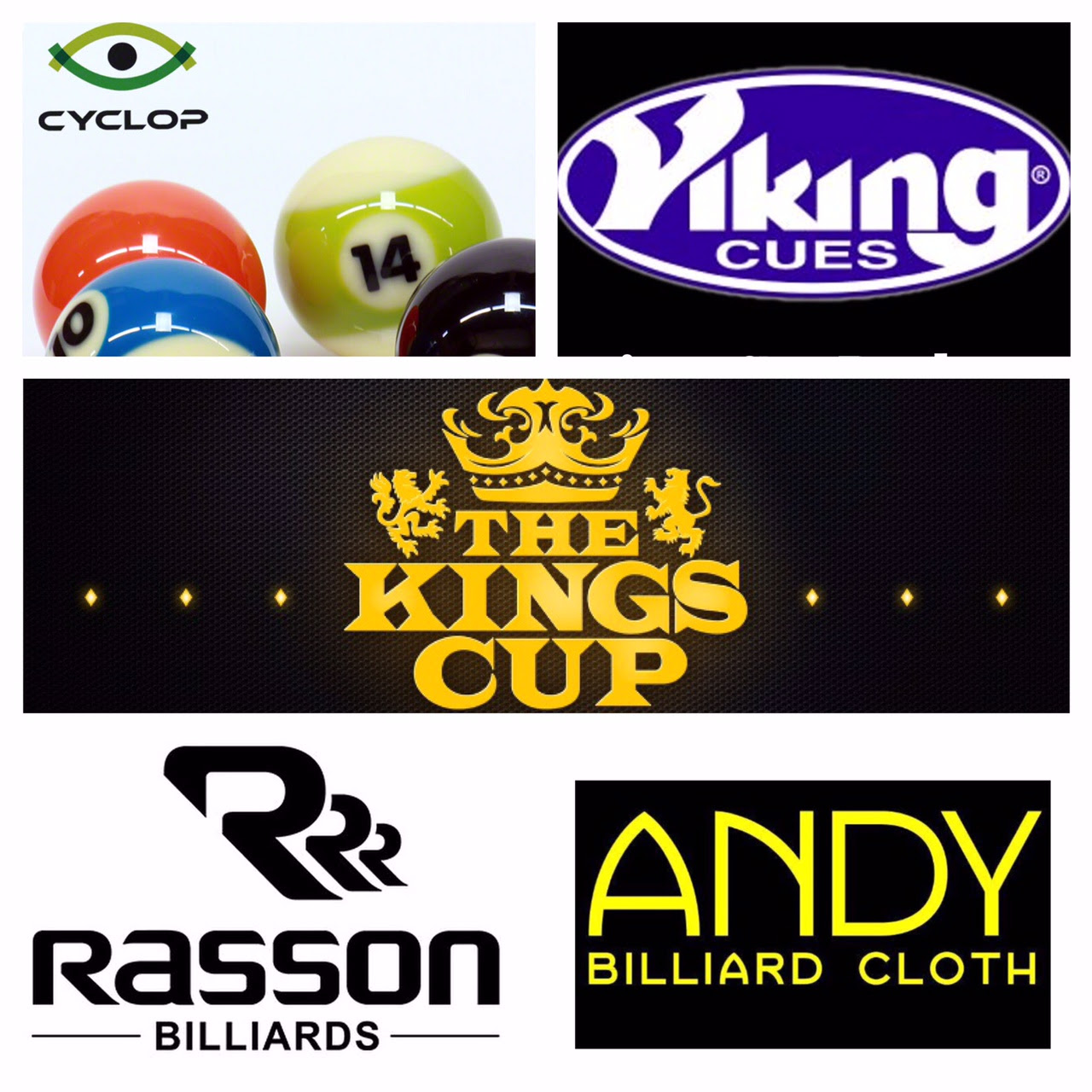 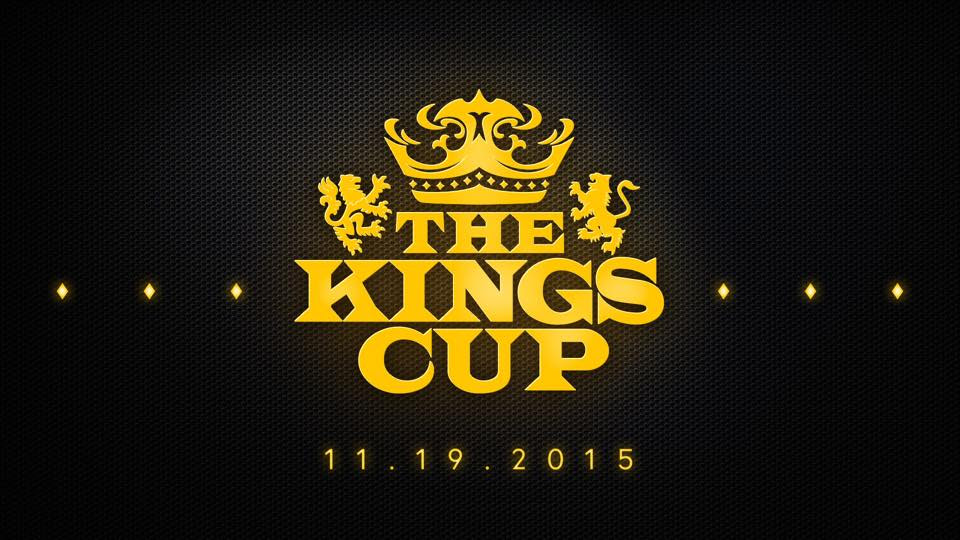 The format of the Kings Cup  will follow in the footsteps of the successful Queens Cup. Teams will play in versatile styles including singles, doubles, triples, and quadruples each of the 3 days of the men’s competition.
Follow the Kings Cup at www.facebook.com/kingscuppool and visit www.KingsCupPool.com for updates.
Fans and sponsors can e-mail dragonpromotionsnews1@gmail.com

Billiards is considered to be a national sport in the Philippines, and the atmosphere for national sports is always electric in Manila!

Impressions, a 5 star Award Winning French Restaurant with Master Chef of France Cyrille Soenen. The glamorous swimming pool and cabanas of Maxim Hotel.
The beautiful Atrium of Newport Mall will host the Kings Cup. Resorts World Manila is a symbol of luxury and prestige in Asia.
Dragon Promotions & Orlando Synergy are event organizing and marketing companies respectively. Visit www.dragonpromotions.com
For interest in marketing and branding your company, business, or events please contact Orlando Synergy at 1-407-782-4978 or email support@dragonpromotions.com

Dragon Promotions started in 2001 and is one of the leading producers and pioneers in the sporting side of the billiard industry.