Beijing Time 8th Jan 2015 evening, Joy Cup the 3rd Chinese 8-Ball Masters which hold by Joy had just finished, the final is between 2 Chinese players, Yang Fan, who was the first rank of 2015 beat Zheng Yubo and finally won the championship with 10 Break-and-Clean and won the prize money 300,000 RMB.
The 3rd Masters, all new regulation, the amount of native and international players increased from 8 to 12. Including many master-hand players from all over the world, Yang Fan who was born in 1987 promoted in to the 2nd stage as No.2 of his group, 13:11 he beat Chris Melling, 13:7 beat the defending champion Gareth Potts, entered the final.
Zheng Yubo who is 6 years younger than Yang Fan, promoted in the 2nd stage as No.2 as well, he beat Dennis Orcollo by 13:8 and 14:4 beat Wang Peng.
The first two Masters, Gareth Potts won all the championship, which left a lot of talk to all Chinese players, so before the 2015 masters kicks off, the mission of protecting the honor of the nation had became the pressure for all the Chinese players. With two Chinese players get into the final, this mission had been done.
Needs to be mentioned, Yang Fan won 2 championship of the masters tournament and became the top of the rank of 2015, and Zheng Yubo, has the same total of 2014. Two No.1 play the final, that proved the Masters is the ultimate stage of the best players.
The final takes the regulation of race to 13 with 130 mins limited, three break and clean, Yang Fan 2:1 Zheng Yubo up, the 4th frame, Zheng break and pot, but he lost change by a mistake, however Yang didn’t receive it Zheng won the frame 2:2.
Yang played very well in the next 5 ranks, 3 break and clean and 2 clean after Zheng’s break, 7:2. Zheng was not in good condition but he broke and clean in the 10th frame. 9:5.
Half time, fast mode on, Zheng won 2 frames and pull the score back to 7:9. Then Yang broke and lost chance Zheng pot the object ball but pot the cue ball as well, Yang cleaned,10:7. After that each of them played break and clean, 11:8.
The 20th rank, Yang would have chance to make bigger superiority, but he pot one ball and made himself snooker, Zheng Cleaned. Then Yang broke and clean again, 12:9 match point. The 22nd, Zheng broke, no pot, Yang got the chance and released all difficulties, and the last 8-ball in, Yang defeat Zheng with 13:9, won the 3rd Chinese 8-Ball Masters. And it’s the first time that Chinese Player won the championship. 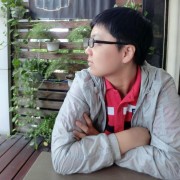 Alison has had a passion for the game since she was only 9 years old. She is the photographer and owner of the website Alison-Chang.com.

Rubilen Amit Chosen for Asia! Queens Cup to be Played on Min Tables